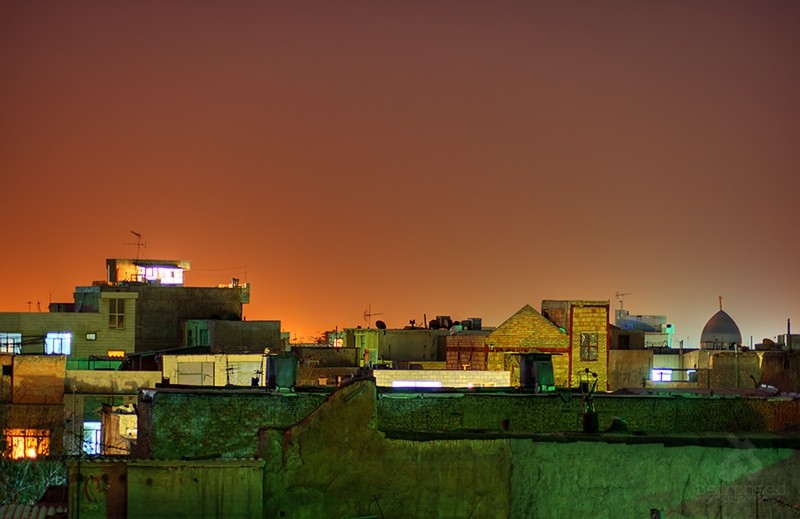 HDR shot from some old walls and houses in Tehran at night.
.
.
.
-----------------
Sir Arthur C. Clarke, the great writer who was well-known for his science fictions around the world, died on Marth 19th at the age of 90.
Sir Arthur believed that we live in a world where anything is possible. He brought us images from the future, took us beyond our small world, and made us believe that imaginations can easily become reality. His three laws were, and still are:
1. "When a distinguished but elderly scientist states that something is possible, he is almost certainly right. When he states that something is impossible, he is very probably wrong."
2. "The only way of discovering the limits of the possible is to venture a little way past them into the impossible."
3. "Any sufficiently advanced technology is indistinguishable from magic."

Another stunning shot. I would have levelled the horizon (or the building line in this case). Great use of HDR ... I was wondering how you got such depth of colour.

@Aaron Schmidt: Thanks Aaron. Yes I seem to have a way not to level the horizon. Must be because I edit photos late at night and there's not much precision present. I must change my attitude. It's getting bad.
I guess the colors are half the result of the HDR and half for the soft light duplicate layer.

It is a great shot Behrooz. I'm with Aaron - that's the only tiny fault I can see - that the horizon is not quite level. Beautiful colours and sky! :-)

A magical shot for sure!

A different front of Tehran.

I love the colors. Well done.

Really beautiful, Behrooz!! I didn't even notice the horizon skew at first. Wish my attempts at HDR worked half this well.