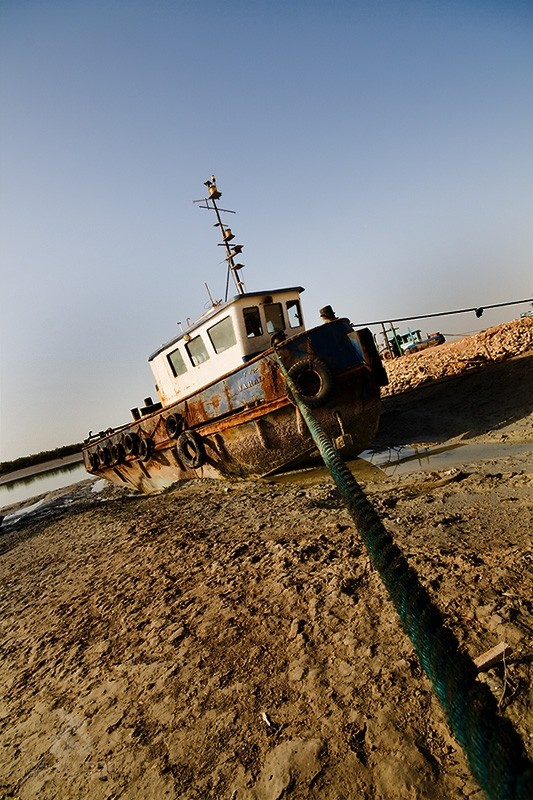 Posted by Behrooz Sangani (Tehran, Iran) on 27 March 2008 in Transportation.

Taken on the trip to south of Iran
.
.
.
-----------------
Sir Arthur C. Clarke, the great writer who was well-known for his science fictions around the world, died on Marth 19th at the age of 90.
Sir Arthur believed that we live in a world where anything is possible. He brought us images from the future, took us beyond our small world, and made us believe that imaginations can easily become reality. His three laws were, and still are:
1. "When a distinguished but elderly scientist states that something is possible, he is almost certainly right. When he states that something is impossible, he is very probably wrong."
2. "The only way of discovering the limits of the possible is to venture a little way past them into the impossible."
3. "Any sufficiently advanced technology is indistinguishable from magic."

It is always sad to see what was left behind to die, but it is a great shot . Congratulations

paulski from Muncie, IN, United States

beautiful; love the perspective, the lines created by the ship's line, the colors and textures. well done...

Neat shot . . I like the perspective on the rope and the nautical angle! You got a very smooth image there, too.

Cool angle, I like the rope leading to the boat. Great shot!

Great shot, Behrooz!! That sight along the rope with the tilt is an excellent pov!

Nice framing, I like the rope starting at one corner. You could cut some sky at the top.

Nicely framed Behrooz, loved the tones and textures! I will contribute in the Clarke's Day theme with a photo, thanks for coming up with the idea!