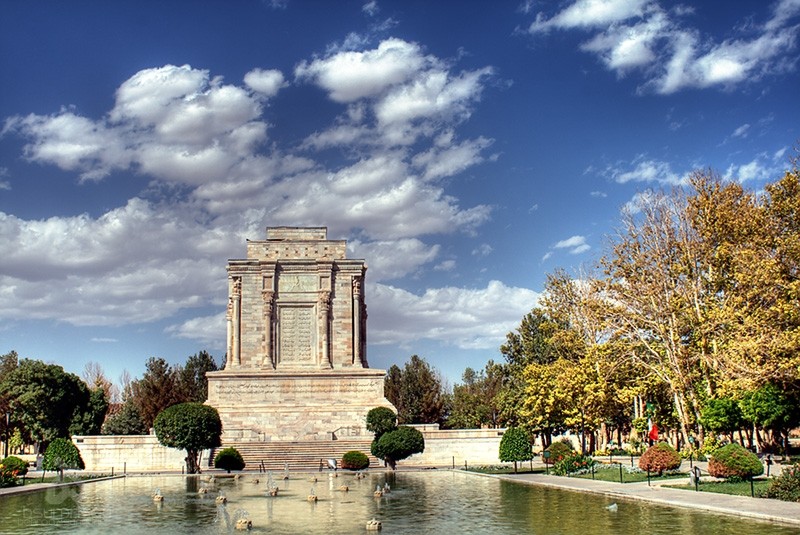 Posted by Behrooz Sangani (Tehran, Iran) on 26 July 2008 in Lifestyle & Culture and Portfolio.

"... I suffered during these thirty years, but I have revived the Iranians (Ajam) with the Persian language; I shall not die since I am alive again, as I have spread the seeds of this language ..."

Ferdowsi is one of the greatest Persian poets of all time. I dare say he was the Persian Homer, for his everlasting epic "Shahnameh".
The Shâhnameh has 62 stories, 990 chapters, and contains 60,000 rhyming couplets, making it more than seven times the length of Homer's Iliad, and more than twelve times the length of the German Nibelungenlied. There have been a number of English translations, almost all abridged.

According to the Encyclopedia Britannica: The Persians regard Ferdowsi as the greatest of their poets. For nearly a thousand years they have continued to read and to listen to recitations from his masterwork, the Shah-nameh, in which the Persian national epic found its final and enduring form. Though written about 1,000 years ago, this work is as intelligible to the average, modern Iranian as the King James version of the Bible is to a modern English-speaker. The language, based as the poem is on a Pahlavi original, is pure Persian with only the slightest admixture of Arabic. Read more >
His tomb is located in Tus, a small town near Mashhad, Iran.

great picture... thanks for the information too. Very insightful..

A beautiful tomb and setting. I like the brilliant colors and the fine composition you've created.
The commentary was enlightening and very interesting to read.

paulski from Muncie, IN, United States

beautiful; love the colors. maybe a bit oversharpened? or is that just the resizing? either way, nicely shot...